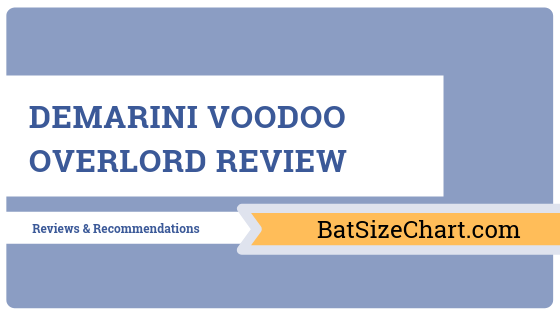 Regardless, the Overlord continues to be a heavy favorite within the DeMarini Voodoo family.

It’s one of the most powerful bats in the industry and the bat of choice of many elite baseball programs all across the nation. This bat comes with various upgrades from the 2014 Paradox which we’ll be talking about in a second.

Being one of the most highly touted bats in the market, the price tag does follow suit. Fortunately we were able to Find The Best Pricing Here for our readership.

With that said, let’s get into some of the specs and see what makes this bat so powerful.

Overall, this bat was designed in order to maximize the potential of the players by:

Definitely a can’t-miss with this bat, even though this term is frowned upon in the baseball world.