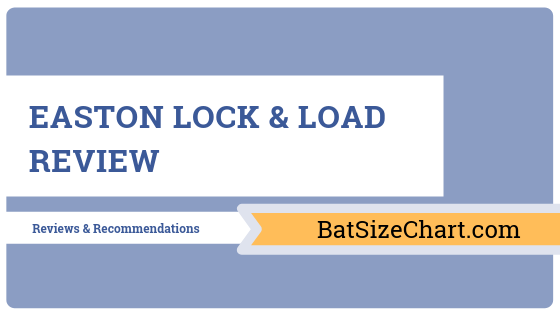 I had a chance to hit with and heft the Easton Lock and Load bat. I thought the bat felt good and, frankly, just like the Z-Core Easton bats. Which, it turns out, it is supposed to feel like. I thought the locking mechanism for the end cap was a bit cumbersome although unique and ultimately useful.  It did change the swing weight, obviously. But any review saying they could change the end cap weight in the dugout does not know what they are talking about. It is way too cumbersome and involved to be changing that thing around mid game. You may use the weight changing mechanism on the bat, but if your intent is to change your bat’s weight on the fly then I think you’ll be disappointed.

Where to Buy the Easton Lock & Load?

I always check out eBay pricing before I go anywhere else. There are also a few facebook groups that sell new and used equipment. Many of these are under the table deals so be careful in terms of a warranty and a real receipt. But, I always look there first to see how much I could save.

I would give the Lock & Load a 4.33 out of 5 stars. I love the innovation of the new bat. And the performance is proven from bat’s Z-Core history. But, it loses marks as the bat weight system is more cumbersome than I would hope. And, although I understand the price increase, think the price of this single piece aluminum might give people pause.

The other option, if you know the exact swing weight you like, would be to buy an Easton Z-Core bat. We review those bats here.

However, while the bat can be used in NCAA play, it cannot be used in NCAA with the weights. It has to stay at the “speed” option (no weight) to be used there. In Highschool you can use the different weights.

As the bat is new, there are not very many places that have actually seen and used the Z-Core Lock and Load. Most are generally positive. But, the idea of a premium for a feature you may never use is questionable. Yet, the idea is cool enough that hopefully man will take it for a swing.

You may also find some value checking out my best BBCOR bat sections.​