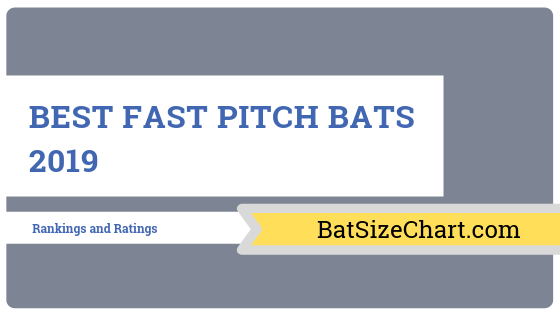 After a lot of hitting, reading and testing our players thought the 2019 Louisville Slugger LXT was the best fastpitch bat. They liked the super smooth feel, great sound and balance. In fact, never was it said the bat felt anything but fantastic. It’s numerous sizing options make it recommendable far and wide.

While I didn’t make it one of the points above, this bat does produce tremendous power and is one of the cheaper premium bats out there as well.

This is a great bat for anyone looking to do some real damage, and look damn good while doing so as well.

Louisville Slugger is a national bat production powerhouse. They produce some of the most top performing bats in all areas – whether it be wood, bbcor, youth or softball. Within their line-up of softball bats is the 2016 Louisville Slugger Z4000. The Z4000 is of pure 360 composite, TRU3 construction and it also features S1iD Technology. It comes in 4 different styles – The ASA End Load & Balanced version as well as the USSSA End Load & Balanced version.

However, it also has the “Backman Shoppe Powerload” version which is purely designed to drop bombs. This is a feature that the Louisville Slugger Z3000 line does not have. You can see it pictured below:

It is also a 3-piece construction bat with an added 0.5oz extra to the end load. It has a 12 inch barrel and is USSSA, NSA and ISA approved. This bat is definitely recommended for anyone who wants to add some extra feet to their hits, I know I need them.

Next up is the Louisville Slugger XENO.

This is a fastpitch bat so it’s slightly different from the ones I mentioned above. It is a 2-piece construction bat and 100% composite design. It does not have the TRU3 connection that the Z-Line has which is meant to reduced sting and feedback at the point of contact, instead it comes with the iST technology which serves a different purpose.

It’s a lighter swing weight and features thinner, but more strengthened walls. The S1iD feature added to the XENO is meant to create a larger sweet spot within the bat through the use of an aluminum inner disc that creates for a very hot bat right out of the wrapper. Players and coaches everywhere are raving about it so it’s definitely a great bat and I highly recommend it.

You can check out a more in-depth review by clicking the link above.

With that said, let’s move on to one of the most popular brands in the market and a heavy player favorite:

Without a doubt, DeMarini is arguably the most popular brand in the industry. They continue to dominate the market with their innovative technology and continue to produce some of the most highest-performance bats around. Their CF series is a heavy player favorite as well as the Vendetta & Juggernauts.

DeMarini started out as a softball bat company, with their leader – Ray DeMarini being one of the most respected figures in the sport. So it should come as no surprise that they produce some of the best bats around.

One such example is the 2016 DeMarini CF8 Fastpitch bat which was one of the most awaited releases all year. It comes with the Paradox +Plus technology which is designed to make for a lighter barrel with more “pop” to launch balls screaming all over the outfield. The Stacked Double Wall Construction works in conjunction with the D-Fusion 2.0 handle to reduce the sting and feedback of the bat at the point of contact and then redirect this energy back into the ball. A technology that has been gradually improving with the release of the DeMarini CF7 Fastpitch.

An extremely powerful piece of work. It also features a Low-Pro End Cap which allows players to experience a much smoother and balanced swing.

The DeMarini Vendetta is another one of DeMarini’s fastpitch bats that’s a heavy player favorite. The Vendetta comes with the Paradox Barrel technology that makes for an ultra-responsive barrel. It also has the D-Fusion Lite Handle which we talked about earlier which eliminates bat sting and transfers energy back into the ball. This bat is approved for play in the ASA, USSSA, NSA, ISA, ISF.

Since we’ve been talking about DeMarini’s fastpitch line-up primarily, let’s do a slow-pitch one:

The DeMarini Juggernaut is somewhat different from the ones we’ve talked about here. It features a stacked composite design with an end-loaded triple wall barrel which is made for launching jacks over the fence. The barrel is 12″ long with the TR3 F.L.O handle technology to reduce sting and transfer energy into the barrel at the point of contact to create a springboard-like effect and add a couple extra feet to your hits.

The End Cap is then designed to provide players with a much smoother and balanced swing. Overall, a great power-hitter’s bat that’s going to help take your game to the next level by allowing you to launch balls way farther than ever before.