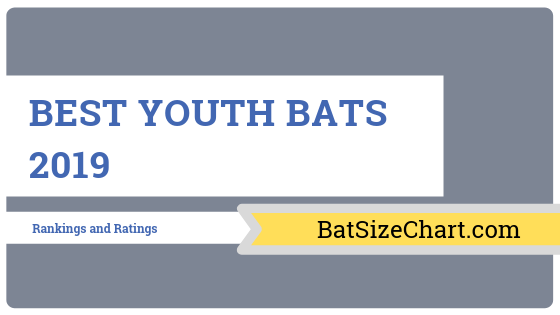 If you are in a USA league then the 2018 618 Solo is the best USA Bat, say the testers. Even though it is 2019, the 618 Solo has a great price point, swing light, is durable and has a ton of very positive user reviews. The bats have great balance to them (they swing light) and big barrels. The bat could have a little more gumption at the plate, meaning girth. But, for the younger player looking to get the meat on the barrel of the bat you’ll find the 618 just what the doctor ordered.

Based on popularity, the best youth baseball bat is DeMarini’s 2019 CF Zen. This bat works well for both big barrel (2 3/4) as well as the new USA standard. Granted, those two bats have serious performance differences. But, in terms of popularity overall, the CF Zen is the top rated little league bat on the market today.

The 2019 USA Bat class is deep. A few upgrades, including the Easton Ghost X Evolution which is leaps and bounds better than the Easton Ghost X from 2018. Rawling’s Quatro comes redesigned as does a new slew of 2019 Mizuno USA Bats too.

Many bats, though, are the same from last year. Expect the same CF Zen and DeMarini Voodoo as well as the same 619 and 715 Select.

The best bat for a young player really varies by the type of player. Serious hitters and those who play a lot of baseball have different needs than those who play only a few games. As does a power hitter when compared to an end of the lineup kind of kid. So, we help give some insight into the different types of bats that might work by age in the following sections determining the best bat by age.

The CAT 7 in a Junior Big Barrel is a legitimate choice for the growing 8 year old ball player. The bat has a huge barrel and sounds great on contact. Kids love the loud sound, awesome grip and great look. Marucci has done a great job with this Junior Big Barrel version of the CAT (that also comes in BBCOR).

A great option for a growing 9 year old is the Composite Rawlings Velo. Although the VELO is considered an aluminum bat in the USSSA and BBCOR space, Rawlings also makes a drop 12 composite version that is made of two pieces. It has a remarkably light swing and is made for the young hitter. Expect the top of the lineup to use this bat, or the kid who needs as much help finding the ball as possible.

The CF Zen drop 10 for 2019 really hits its stride for the 10 year old. Players love the feel, sound and big barrel. It is helpful that this bat has been banned more than once (at least earlier versions have been). Serious players in the big barrel and USSSA space absolutlye love the CF Zen. And, for 10 year olds looking for the perfect drop 10, there really isn’t another option that compares.

If they are growing at a normal rate (and what 11 year old is) then the drop 8 CF Zen is a great choice and the best bat for little league. The bat swings like a champ and any kid who uses the drop 8 CF Zen will tell you it has changed his game for the better. A massive sweet spot, great balance and an unmatched reputation all make the bat a big, big deal.

From 21 to 24 ounces is where most 11 year olds need to be size-wise in their bats. Granted, some bats swing different due to the distribution of the weight along the barrel. But, still, we suggest most 11 year olds between a 29 and 32 inch drop 8.

All reviews we have read on the Rawlings Prodigy are positive. These bat does what it is supposed to do. That is, it hits baseballs.

Of course there could be more frills on the bat. The bat does hurt on mishits, the barrel could be bigger, and the paint job is average on a good day. But, the hits on the sweet spot feel real good and the swing weight (balance) is right where most players want it: Light.

The 2016 DeMarini CF8 remains the undisputed champion. Although this bat is hard to find these days. Check, of course, ebay for your best bet. Otherwise, look for the 2017 or 2018 version of this bat. It is an absolute ball killer. Although the Voodoo Raw also produces a crazy amount of power, where I believe the CF8 wins it over is in the bat speed department. The end-load that the Voodoo Raw can be a detriment to the swing weight of the bat by shifting the momentum towards the barrel, which also makes it harder to control, but nevertheless it’s a phenomenal bat.

If you are measuring the top rated youth baseball bat on overall value, then the 618 Solo from Louisville Slugger takes the top spot. The bat has a very light and welcome swing in the USA version (it is a true drop 11). It also comes in a number of sizes in the “big barrel” (USSSA) space.